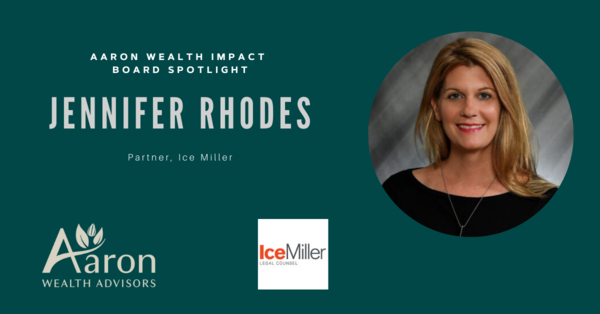 “Nobody in the lane, and nothing, nothing but blackberries”
– Sylvia Plath, Blackberrying

Sylvia Plath’s poem “Blackberrying” was first published in 1971 in a posthumous collection of poems entitled Crossing the Water. However, it first appeared in a 1962 issue of The New Yorker and, nearly 50 years later, in 2010, it would appear again. In the early 2010s, when the BlackBerry phone became ubiquitous in the professional lives of Americans, Blackberrying resurfaced in several essays on the cultural phenomenon. Sylvia Plath could not likely have imagined the journey to be taken by her poem on late summer ripeness in our rapidly changing world of technology.

Similarly, Jennifer Rhodes’s journey has taken her in directions she could not have easily imagined when she started her career. A CPA and M&A lawyer turned chief executive of an early stage medtech company turned blackberry farmer (and M&A lawyer), Jennifer has been able to create a professional life full of interesting challenges and purpose.

During this time, Jennifer was introduced to a prolific inventor and Ph.D. who was developing a number of cardiovascular therapies and diagnostics and moving his entire lab from the University of California to Indiana University. The science being advanced, the market opportunity and the potential for improving healthcare all fascinated Jennifer. And, she and the inventor both shared the same faith and had a strong desire to build businesses that were profitable but also had purpose. As luck would have it, the inventor wanted to quickly commercialize his technologies but did not want to spend too much time outside of his lab and the trust he had developed with Jennifer while working with her as his lawyer motivated him to recruit her as head of operations despite her complete lack of experience in the scientific and medical fields. In 2008, Jennifer accepted a senior leadership position with this group of start-up medical device companies, where she wore many hats, including chief executive, intellectual property manager, head of HR and finance, head of product development and clinical and regulatory activities, and general counsel. Given she was the only employee for quite some time (other than the many scientists working in the lab), it was a once-in-a-lifetime opportunity to learn and do anything one was willing to do, all while working to advance medicine. In 2013, a key technology developed by Jennifer’s company was sold to a public company. The exit enabled her partner to leave academia, return to California to his family, and build a large scientific lab where he could continue his work without university ties. It enabled Jennifer to take some time to decide what was next on the horizon and to do a little “blackberrying” of her own…

With, now, a good bit of experience running and financing startup businesses and researching, developing and commercializing a variety of medtech products, Jennifer was well positioned to help the management teams of a number of other early stage companies obtain financing and develop and commercialize their own products. For several years following the exit, she took on a number of board, executive officer, general counsel and advisory positions with other companies in the medical device, biotech and nutrition spaces. All of these opportunities allowed Jennifer to continue to pursue purpose-driven work and also provided space to dream up a plan to return to her small-town rural roots.

Jennifer and her husband, Greg, had searched for years for a property where they could raise their four children – with rolling hills to run, trees to climb and creeks to stomp. They also wanted the land to be productive and not just for personal recreation and finally found the perfect spot in Madison County, Indiana. Now, her family spends most days inspired by all the nature around them, including their horses, goats, chickens and bunnies that the kids get to care for, and running a blackberry operation that allows them to experience a family business together. The kids are developing a strong work ethic and spending relatively little time on electronics and, with no neighbors, (mostly) learning to be best friends to one another.

In late 2018, Jennifer’s escalating consulting business led her to a point of decision – either hire and manage other employees to keep up with the workload or join another company that could provide those resources and infrastructure. Coming full circle, Jennifer decided to return to Ice Miller as a partner in its Business Group where she currently focuses her practice on many of the same activities she has enjoyed over the past couple of decades – complex corporate transactions, private financings and entrepreneurial services. This return has allowed her to continue to focus on companies committed to “profits with a purpose”, even if she is no longer the one running them, and to spend time with her family creating their own purpose with their blackberry business, which is focused on producing healthy, natural food using as few chemicals as possible and employing labor pools, including local prisoners and individuals temporarily living in Indiana as a result of political asylum, that are largely unemployable or in need of work experience or just nature’s intervention.

We are pleased to have Jennifer as a part of our eight-member Impact Advisory Board. The diverse backgrounds and commitment to purpose-driven work of Jennifer and all of our Advisory Board members will continue to be leveraged by us to achieve our goal of becoming a leader in the space of Environmental, Social, and Governance (ESG) investing.